A Long Island businesswoman wants to build a massive “Chinese Disneyland” in the Catskills — which would include an amusement park, huge mansions and a“Forbidden City” laid out according to the principles of Feng Shui. 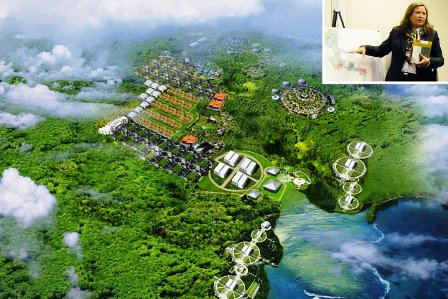 ‘CHINA CITY OF AMERICA’ LOCATED IN CATSKILLS OF UPSTATE NEW YORK: ‘CHINESE CITY’ PROPOSAL BY SHERRY LI WOULD ALSO GRANT VISAS TO WEALTHY CHINESE WHO WOULD INVEST $500K IN U.S.

The China City of America scheme could bring thousands of wealthy Chinese immigrants to the tiny Sullivan County town of Thompson, under a federal program that lets foreigners get visas by investing $500,000 in the US. 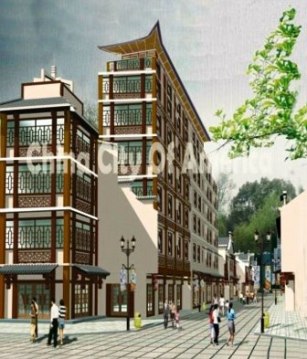 Residences that are able to host thousands of people collectively make up a big part of the China City of America proposal, as seen by the houses in this impression. Under the plans, the city will be constructed in accordance with the principles of Feng Shui and each Chinese province will have its own section and offices.

The mastermind behind the plan, Sherry Li, says the development would eventually draw $6 billion in foreign investment.

“We can kind of view it as a Chinese concept of Disney — so it’s going to have lot of attractions for families,” she said.

The designs for China City include a college, 1,000 residences, a Chinese-themed retail center and possibly a casino.

The place would feel like a trip to China just 90 miles outside New York city, as one area would mark parts of the Chinese Zodiac while another would have 16 buildings representing the major Chinese dynasties.

“Each dynasty will have its building and will have rides go with it,” Li said at a town council meeting in May where she pitched the original plan.

China City’s web site features golden dragons, and projects an initial investment of $325 million — with $10 million going to a “Temple of Heaven,” $24 million on a hotel and entertainment complex and $20 million to construct a “Forbidden City.” 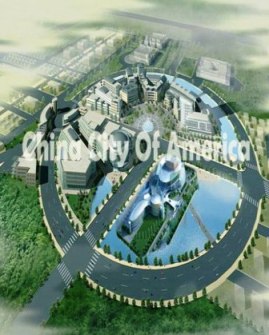 It also projects a $65 million infusion from the U.S. government – without naming what agency would make the contribution.

“It’s multiple phases. No project is going to happen in one day. It’s going to be step-by-step,” Li told the Post, saying the amusement park component would get built in a later phase.

The plan is now under consideration by the leaders of Thompson, population 15,000.

It’s already getting a lot of opposition.

“It actually seems surreal but unfortunately it is real,” said Paula Medley, an activist who heads a local environmental group.

“This is kind of a combination of pie-in-the-sky and ethnic solidarity and showmanship and a federal program that sort of facilitates this sort of thing. It’s really an odd mix,” said David North, who authored a new report picking apart China City’s proposal for the D.C.-based Center for Immigration Studies.

Others questioned its link to the federal visa program, known as EB-5.

“It sounds like an EB-5 scam,” said Laura Corruzi, a New York City attorney who vacations in the area. “The financials don’t really support the $6 billion project.”

The Thompson town council has had at least five meetings on the project, with the latest Tuesday night.

Li wouldn’t reveal the number of investors she has lined up, but she said most were Chinese nationals.

“Whoever is interested [will] invest with us. At this point we don’t have [Chinese] government investors at all,” she said, describing her own background only as being in the “financial industry.”

“It’s in the thousands of apartments, houses — it’s huge,” said Thompson town supervisor Tony Cellini. He said the total population of Chinese coming in eventually could equal the town’s if the developers “fulfill’ all their wishes.

“We’re not certain we have the infrastructure to handle all that at this point,” he added.

“I believe China City is very serious but they’ve got a long road ahead of them to get all their approvals.”

U.S. immigration officials are considering a proposal from Chinese investors to create a multibillion-dollar development in New York’s Catskills called “China City” — raising concerns among critics about the potential cost to U.S. taxpayers and, according to one analyst, the possibility it could be a “stalking horse” for the Beijing government.

A spokesman from the U.S. Citizenship and Immigration Services told FoxNews.com that the proposal for Thompson, N.Y., has not been approved but is under consideration.

The mysterious proposed development appears to be a step beyond the types of ethnic enclaves scattered throughout U.S. cities, like the Chinatown sections of New York City or San Francisco. The 600-acre “China City of America” is located far outside New York City in upstate New York’s wetlands and is a meticulously planned project, calling for family housing, a college and student residences, among other structures. In addition to needing federal approval, it would likely need a host of state and local permits before ground could be broken.

“It’s a perfect storm of problems.”

If approved, every province in China would have an office there and foreign investors funding the development would receive green cards for their $500,000 checks under the EB-5 program designed to lure foreign investment, according to the Center for Immigration Studies, a conservative organization staunchly opposed to the project.

A detailed report authored by David North, a fellow with the Washington-based group, claimed there is “a charge from within the Chinese community that China City is a stalking horse for the Chinese communist government in Beijing.” He claimed he was told one group raised objections with the USCIS.

“It’s a perfect storm of problems,” North told FoxNews.com, citing what he called dubious job creation claims by the promoters as well as national security concerns. North noted that the developers claim 20 percent of the funding would come from U.S. taxpayers, which he said was a “pipe dream.”

A review by FoxNews.com of the the China City Regional Center’s website could not confirm such a claim involving U.S. taxpayer money, though there is little English on the site, which is affiliated with a Florida law firm. No one at the law firm could be reached for comment.

The U.S. Citizenship and Immigration Services said Wednesday it does not disclose details of pending applications.

“The [China City] Regional Center is not approved. An application has been filed and it’s still pending. A decision has not been made on it yet,” Christopher Bentley, a spokesman for USCIS, told FoxNews.com.

“With all cases of a request for an immigrations service or benefit, we rely on the information provided and the law to reach a decision on whether it can or cannot be approved,” Bentley said.

Local officials did not respond to requests for comment. But a videotape of a public meeting held in Thompson in May, available on YouTube, addressed the proposal and underscored the controversy surrounding the development. Supporters of the project, in an economically depressed area of Sullivan County, say they believe it would offer both a financial and cultural boon to the region.

“Families who invest in EB-5 program are normally influential and wealthy families from China. A lot of them are successful business owners or enterprisers. Most of those investors are highly educated and skilled in different fields,” wrote one poster.

“I believe this is a big projects that can creates thousands of job opportunities,” wrote another. “Such a precious opportunity to learn more about Chinese culture and beauty.” 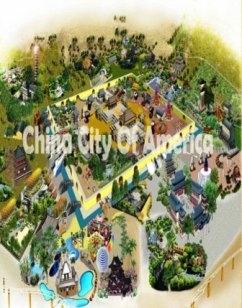 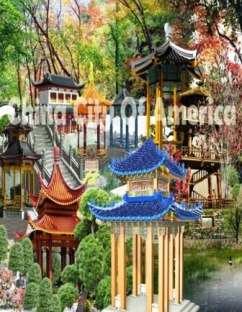 Developer Sherry Li says China City of America would feature a ‘Forbidden City’ (center), as modeled on the historic Beijing landmark, while a theme park styled similar to Disneyland would ‘come later’ in the project. 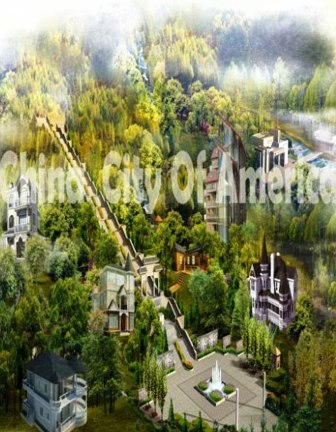 The community: Huge mansion-style homes will be built, according to the plans, to accommodate Chinese nationals who opt to buy into the project. Under the EB-5 visa program, foreigners are permitted a green card if they make a $500,000 investment in the United States.

My grandfather always said…. “Never let an opportunity pass you by!” Between the Concord Hotel, Casino & Raceway Resort and the new China City in the Catskills, now is the time to invest in land in Upstate New York! Contact the “Land Expert of Upstate NY”…..